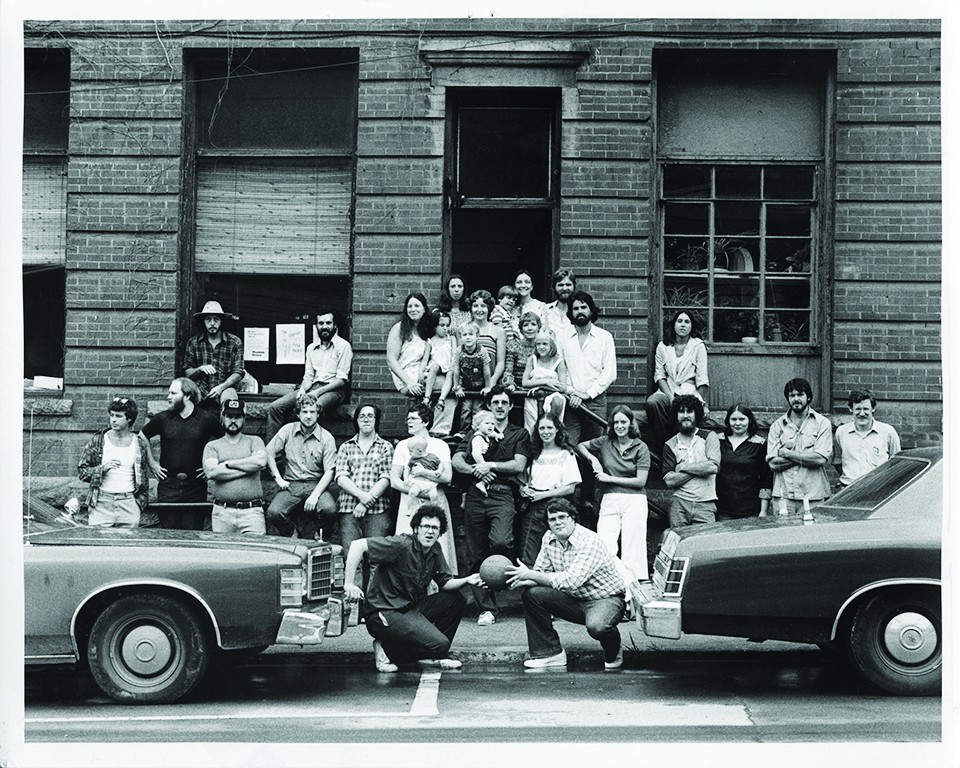 We were founded in the fall of 1969. This weekend, we officially launch our 50th anniversary year.

We’re bringing back our founding generation for a reunion on Saturday.

They’ll screen early work, see films by some of our youngest filmmakers, and give materials from their time at Appalshop to our professional archivists to preserve.

They’ll eat lunch catered out of the building where many of them once attended high school.

They'll reenact the “family photo” they took in front of Appalshop’s old building in downtown Whitesburg in 1975.

But maybe the most exciting moment will come when our youngest filmmakers will record many of our original filmmakers under the brand-new solar pavilion we unveiled last spring.

Barely in their 20s in 1969, the filmmakers and artists who started Appalshop — now in their 70s — will sit in a circle to share the memories of their time on staff.

Filming them will be alumni of our Appalachian Media Institute, barely into their 20s themselves.

To make Appalshop's first generation the subjects of its latest, all under the solar panels powering our building —

Could anything be a more potent illustration of Appalshop’s trademark blend of tradition AND innovation?

How about 50 years of work that's been both intergenerational AND youth-led?

That's why we're especially excited to rededicate our Boone Building as the Boone Youth Drop-In and Safe Space the night before our reunion.

On Friday evening we'll have a grand re-opening with art, games, 3D printing, and even a representative of our All Access EKY program to answer young people's questions about health + sex.

The events we're hosting this weekend will be the kick-off to a year-long 50th celebration that will highlight each of our programs with an event every single month.

Galentine's Day hosted by our All Access EKY program

It's incredible to consider we were founded during the War on Poverty, and we're still here — still employing full-time artists in the mountains.

Since 1969, we've been telling stories that national media miss or get wrong.

We’ve been working to empower voices within our region to tell their own stories, engage in creative placemaking, and solve regional problems in regional ways.

As of our 50th launch this Saturday, we’ll be over halfway to an anniversary campaign goal of $2.5 million.

That's nearly double our reserves — and you can help get us even closer.

Be part of the largest single body of creative work on Appalachia in the world. Help us illustrate what’s possible in the mountains.

We're very excited to usher in our next 50 — together.